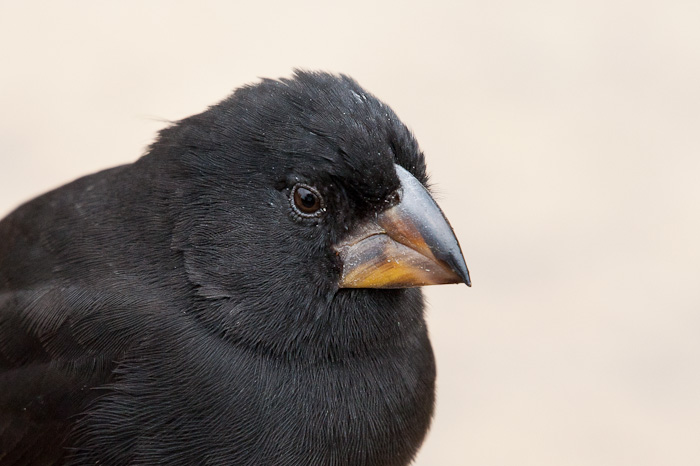 Darwin’s finches (also known as the Galpagos Finches or as Geospizinae) are a group of 15 species of Passerine birds, now placed in the tanager family rather than the true finch family. They were first collected by Charles Darwin on the Galpagos Islands during the second voyage of the Beagle. Thirteen are found on the Galpagos Islands and one on Cocos Island. The term Darwin’s Finches was first applied by Percy Lowe in 1936, and popularised in 1947 by David Lack in his book Darwin’s Finches.[1][2]
The birds are all about the same size (10Ð20 cm). The most important differences between species are in the size and shape of their beaks, and the beaks are highly adapted to different food sources. The birds are all dull-colored.