Revelation 13: Having been cast out of heaven, the dragon seeks to secure control of the earth. His vengeance uses tyrannical government and religious hypocrisy to drive humanity away from the love tendered by the Most High.

I have a hard time coming up with stories about vengeance. I did watch Kill Bill all the way through, but for me the appeal was visual. Tarantino is an artist, and the excellence of the staging overwhelms my moral judgment. It’s a weakness. When Black Mamba spins around chopping off the legs of the Crazy Eighty-Eight, I relate to it as I would a kaleidoscope: yellow spinning around leaving black shards on the floor with red splashes. 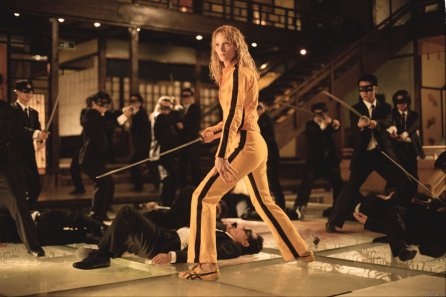 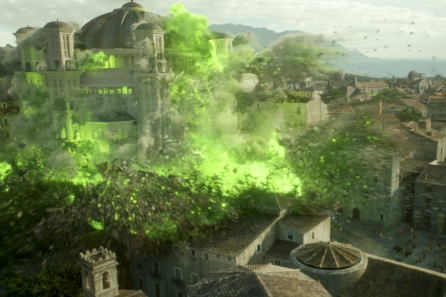 My tolerance has limits, though. I interrupted the season finale of Game of Thrones at my parents’ house one night. A trial was gathered, but the female defendant did not show. She had filled the catacombs below the building with fluorescent explosives. The blast killed all her accusers, and their young royal patron threw himself off a parapet as the dust cloud rose. For one accuser, however, death was apparently too good: that woman survived as a torturer’s sex toy.

That one episode was enough for me.

Not that either of these stories plumb the depths of human depravity. Josef Mengele used surgery to create a Siamese twin from teenage girls.

American doctors performed vaginal surgery on negroes without anesthesia. And public flaying was a spectator sport in Europe until the Renaissance, and in the American South into the twentieth century.

Such conduct is one of the charges leveled against the God of Abraham and his religious leaders. The atheist wonders “How could a loving God allow such evil into the world?” The charge is valid. We can’t deny the existence of evil, so if God does not explain evil, isn’t faith a delusion? Thus atheists put their faith in science. As we’ll learn in a few moments, the design of the human brain seems to explain the huge difference between Nazi Germany’s Josef Mengele and South Africa’s Nelson Mandela. 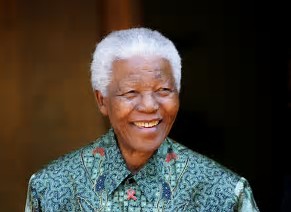 As people of faith, we also should understand the human brain. The mind is the field on which the dragon and Christ wage their battle. We should know the territory.

So: the human brain.

Evolution always builds upon the past. We see this in the animals with backbones. They all share many parts: stomachs, intestines, hearts and brains. What makes people special, of course, is the sophistication of our brain. But our brain still contains parts that were the brains of earlier animals.

For example, the brain of the dinosaurs survives today as our brain stem. On top of the brain stem, the mammals added the limbic system that controls social behaviors. All mammals also have a cortex that supports reasoning. In humans, the cortex is huge. Even more, it can over-ride the behaviors driven by the brain stem.

Which parts of the brain control my behavior? Well, the brain is like a muscle. The parts that I use the most get the most blood, and so influence my behavior the most.

In someone like Mengele, we would expect that the brain stem is strongest. In reptiles, the brain stem sees other creatures only as objects to be consumed. Mengele sewed twins together because he saw them as objects. And worse, perhaps: reptilian predators seek to paralyze their prey with fear and pain. Mengele may have found satisfaction – if not pleasure – in his ability to create fear and pain in his victims.

Conversely, in people such as Nelson Mandela, the cortex develops completely new parts. Those parts help us to create rewarding relationships.

In those with the greatest social skills, altruism – to ability to think of others as equal to our self – usually arises only in adulthood.

This makes me think of Jesus’s warning:

It’s easy to live like an animal, and hard to learn to love like the Most High.

That the dinosaurs ruled the earth for millions of years makes it even harder. Through them, selfishness worked its way into the world, building the “broad path.” We here on earth must escape that grip, and heaven seems so remote to us, as though through a “narrow gate.” 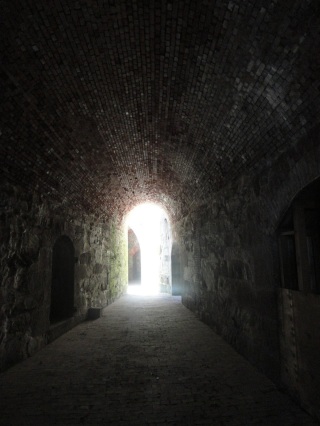 After being cast down from heaven in Revelation 12, the dragon seeks vengeance. The grip of selfishness is the foundation of his plan.

Recall that in when the plan of creation was given in Revelation 4, we understood it not as events or people, but as relationships between the Most High, the angels and the living creatures on earth. The same will be true of the dragon’s plan.

And the dragon stood on the shore of the sea.

We can think of this as a beach, but the dragon is starting a war for the soul of humanity. I believe that this “sea” is filled with the “living waters” of which Jesus spoke. The dragon looked into that pool for a means to attack humanity, and he found our closest relatives – the mammals.

And I saw a beast coming out of the sea. … The beast I saw resembled a leopard, but had feet like those of a bear and a mouth like that of a lion. The dragon gave the beast his power and his throne and great authority.

A throne, of course, is the seat of a king. Samuel’s warned Israel against kings:

“When the day comes, you will cry out from relief from the king you have chosen, and the Lord will not answer you in that day.”

But the people refused to listen to Samuel. “No!” they said. “We want a king over us. Then we will be like all the other nations, with a king to lead us and to go out before us and fight our battles.”

John’s description of the beast’s glory ends with similar praise: 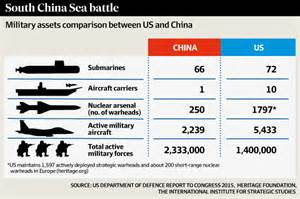 “Who is like the beast? Who can make war against him?”

Before offering his warning, Samuel listed all the wrongs committed by kings: forced labor, taxes, and debauchery. Kings become tyrants. They dominate their subjects.

This behavior comes out of the mammals. The most powerful males dominate their herd, pack, or pride. The weaker animals fall into fear and pain, which is the spiritual meal of the dragon. 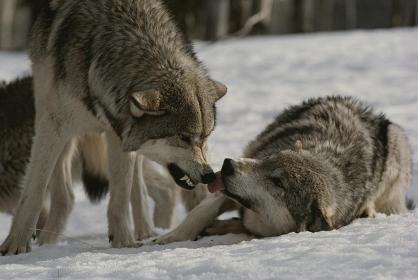 Domination – one of the seven forms of selfishness – is inspired by our admiration of predatory animals. While we have fewer kings than once we did, our governments still use predatory animals as their emblems: the bear, dragon, eagle, snake, and lion are all on our flags and seals. 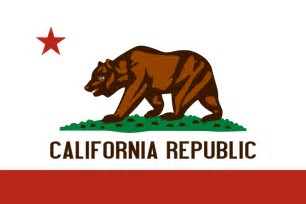 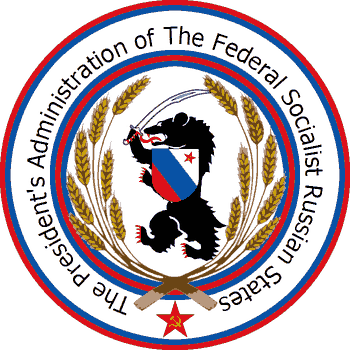 That the first beast represents the governments that divide us is supported by the description of the beast’s behavior:

And he was given authority over every tribe, people, language and nation.

We know that Revelation 11 describes these events from heaven’s viewpoint. Of the Gentiles, John was told:

They will trample on the holy city for 42 months.

This is very close to the description of the beast:

The beast was given a mouth to utter proud words and blasphemies and to exercise his authority for forth-two months.

So it appears that the first beast is tyrannical government.

From Revelation 11, we know what comes next. Remember that “42 months” is John’s name for the era of Gentile religion begun by Jesus and ending with the Second Coming. During that era, Revelation 11 said that God gave the Gentiles two witnesses – Christianity and Islam – but a beast rose out from the abyss to destroy them. In Revelation 13, this beast comes second:

Then I saw another beast, coming out of the earth. He had two horns like a lamb, but he spoke like a dragon.

The dragon pretends to be the voice of Jesus, and tricks the “inhabitants of the earth” into transferring their loyalty from God to their governments. We have seen this again and again: the Sunni scholars wrote Sharia law that justified the tyranny of the Muslim rulers; the Catholic popes tried again and again to create a Holy Roman Emperor to rule over Europe.

Eventually John reports that loyalty to the government comes first:

…caus[ing] all who refused to worship the image [of the first beast] to be killed.

The threat of death is combined with poverty::

No one could buy or sell unless he had the mark [of the first beast].

In the dragon’s plan of vengeance, government and religion create fear, poverty and suffering in the people, driving them away from the Most High.

How will the Most High respond?

The Most High seeks through Christ to unite us in love. Selfishness is the fault that prevents us from embracing Christ.

Seen as a dragon in Revelation 12, the selfish angels have been cast out of heaven and wish to keep possession of the earth. To do so, the dragon must prevent people from loving each other. Even better would be to take revenge on the Most High by causing us to destroy each other.

The dragon’s plan was to cause the leaders of nations to mistreat their citizens – just like strong mammals mistreat the weak. This was easy because all mammals have the same type of brain. It is only through faith that humans learn to love as the Most High hoped we would.

To teach faith to the Gentiles, the Most High sent them two witnesses: Christianity and Islam. The final part of the dragon’s plan is to corrupt religion to justify wrong-doing by leaders. This drives their citizens even further from the Most High.

Fortunately from Revelation 11 we know that this era will come to a close when Jesus returns. But I wonder how the Most High counters the dragon’s attack?

2 thoughts on “The Plan of Vengeance”