Revelation 20: Liberation from evil is not a straight-line process. We reflect on our struggle with selfishness, and detail the final steps in its defeat.

Through his control of the state police, for twenty-four years Josef Stalin ruled the Soviet Union with an iron fist. Whether in politics or the military, every capable leader was eliminated. To flee was no security, for Stalin’s paranoia knew no borders. His assassins traveled half-way around the world to murder Lean Trotsky.

Moments after his death, Stalin’s security chief Beryessa, spat on the corpse’s face.

To prevent any other from replicating Stalin’s murderous grip over the state, the surviving leadership reorganized the government with a ten-man Politburo at the top.

To the individual, of course, one man or ten makes no difference. Violence and greed at the top heap fear and poverty on citizens. 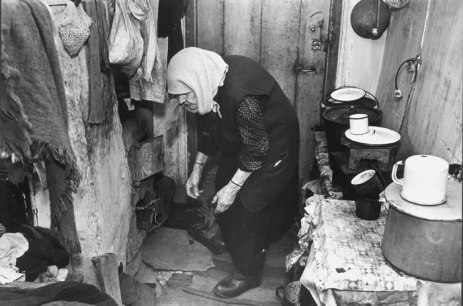 Lacking any stake in the success of the society, they had no cause to bring change. Soviet technology and industry lagged far behind the innovations of the West.

Revelation proclaims that the dragon’s wrath and Mystery’s adultery are self-destructive, and perhaps in the Soviet Union we saw a case study realized in the last decade of the twentieth century. No longer able to afford the security apparatus that kept Eastern Europe under its tyranny, Russia was forced to dissolve the Soviet Union.

The Russian government was reorganized along Western lines. Rather than dividing power, a president was to manage the state according to laws passed by the legislature and interpreted by the judiciary.

To prevent another Stalin, the president was allowed only two terms in office.

So how did Russia and up with Vladimir Putin? 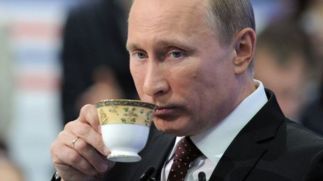 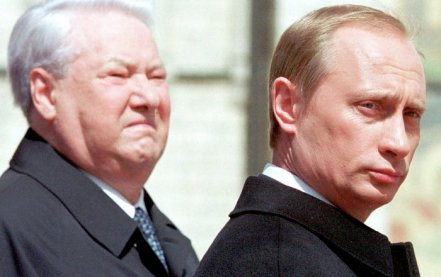 Putin broke the will of the industrialists that had defied Yeltsin, reorganizing the economy around monopolies controlled by his cronies. As the head of his political party, when term limits force him from the presidency, Putin then claimed leadership of the legislature. 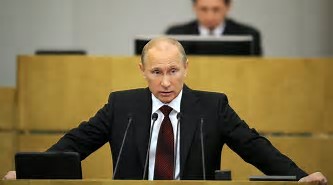 After rewriting the constitution to remove term limits, Putin returned to the presidency.

One commentator, reflecting on Russian interference in the 2016 US presidential election, observed that espionage was the only thing that Russia did better than anyone else. (Although, of particular interest to us, Putin also brags that they have the best prostitutes.) Through the world wide web, Russian security services now have the ability to wage war without ever leaving home.

Of course, Russia will never again be the Soviet Union. Eastern Germany, Austria and Poland are already Westernized, and Ukraine, Georgia and the Muslim states are resisting Russian henchmen. In America, the Trump presidency is obviously compromised, but oversight in Congress ensures that Russian aggression in cyber-space will be confronted and beaten back. When it is, Russia’s grip over its neighbors will weaken, and that weakening may also cost it Siberia and Chechnya.

We are nearing the end of the Book of Revelation, and we see this same progression befall selfishness in heaven.

Liberated in Chapter 6 from the scroll of the seven seals, selfishness is potent and grand. Three billion years later, when cast out of heaven in Chapter 12, it has morphed into a barely recognizable form – the dragon – and loses two-thirds of its captives. 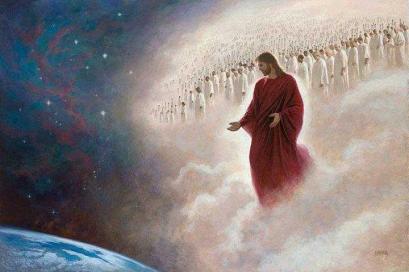 Confined to the earth, it relies upon the vices of Babylon to shield it from the love that will free the world. That shield fails in Chapter 18, allowing love to descend from heaven to overthrow the dragon’s culture of violence.

Is this, then, the end of the dragon?

Selfishness cannot create anything, because it seeks only itself. Domination wishes to dominate everything, allowing nothing to rise from its grip. This is why the Soviet Union decayed under Stalin, and why Russia decays under Putin.

So also with destruction that breeds wrath that brings destruction, with vengeance the perpetuates itself, or death that stifles the voices of its captives.

The only means for selfishness to spread, in fact, is for it to chain creation to its service. This is done by allowing death to divide the world and then to pit the pieces against each other. When nation fights against nation, loving parents go to work to make weapons to protect their children.

So the dragon survives because it corrupts virtue. Fortunately, that virtue is not forgotten by the Most High, who withholds the might that could destroy the dragon so that we can work to free its captives.

With its kings overthrown, Revelation 20 proclaims the captivity of the dragon:

…an angel…holding in his hand a great chain…bound [the dragon] for a thousand years. He threw him into the Abyss, and locked and sealed it over him, to keep him from deceiving the nations.

Where the dragon had been a great void will be left, into which those that had proven themselves perfect in Christ will pour the love of the Most High. These are those

Who had been beheaded because of their testimony for Jesus… They had not worshiped the beast or his image.

In college, I used to enjoy Cat Stevens, but hadn’t listened to his albums for a long time until 2008. In the first decade of this century, I watched California’s sage brush and oak forests dry and burn and blow away. But when I played “Morning has Broken” on my car stereo, I had a powerful vision of the plain before the Sierra foothills, scoured by flood and scourged by wind. Then, as Stevens sang:

Sprung in completeness where his feet pass.

I saw a pair of feet standing on the barren soil. As they strode forward, sweet water flooded the land, and grasslands and forest sprang up behind them.

This is how I envision the thousand years of the first resurrection described in Revelation 20, verses 4 to 7. Humanity fulfills the charge of Eden and restores the world ruined in Revelation 16. When that work is accomplished, when every rock and shrub is known and cherished, the dragon will be released to awaken hostilities among the spirits that once worshiped him. But he will be rejected – the world will choose love, calling upon the power of the Most High:

But fire came down from heaven and devoured [the dragon’s servants].

Guided by Christ’s friends, this will be not firebombing, but a precision strike. The dragon will be torn to pieces, and whenever he tries to work his evil, he will be expelled by the power of the love that unites us.

And the devil…was thrown into the lake of burning sulfur, where the beast and the false prophet had been thrown. They will be tormented day and night for ever and ever.

Revelation 20 closes with the human experience of the winepress described in Chapter 14. All spirits held captive by the sea, death or Hades are released, and death itself collapses under the pressure of our united love.

Then death and Hades were thrown into the lake of fire.

Here is the harshest of the pronouncements in Revelation:

If anyone’s name was not found written in the book of life, he was thrown into the lake of fire.

To understand this, try to see yourself as Christ sees you. You are a mixture – part virtue and part corruption. In the moment of your conversion to faith, your virtue declares its freedom from corruption. In that moment, Christ enters in as an anchor. You are still in the world, and will be tempted by sin.

But Christ knows your virtue, in whatever amount you possess it. When his heart embraces you in the Second Coming, sin will flee while virtue enters heaven.

One way to imagine it is as though a body is a territory upon which a nation is built. Each part – fingers, hair, eyes, skin – is occupied by impulses that express love or selfishness. In the winepress of Jesus’s heart, the selfish parts are expelled, and only virtue remains. But, just as a nation remains when criminals are expelled, so will you in all your virtue. It is only your corruption that has cause to fear Christ’s return.

We talked about Russia, and how difficult it has been to bring true freedom to its people. Thus it is with the Most High and his struggle against selfishness. Only after three billion years on Earth was it possible for selfishness to be expelled from heaven, freeing two-thirds of the angels. Now the dragon rules the earth, but greatly weakened. According to the accounting of the Bible, humanity has been empowered to overthrow him in a few thousand years.

Still, we have yet to subdue our fascination with violence, sex and privilege. When enough of us heed the teachings of Jesus, love will return to the world – not just in a garden for two, but everywhere. The dragon will be silenced while those most pure in their service to love will restore the wounded world, binding love to every rock, plant and creature.

Then the dragon will be set loose. It will try to restore its kingdoms, but the pure light of love will pierce the veil of death. Our better selves will be freed, and all corruption forced forever from the world.

One thought on “Recidivism”