Revelation 18 shows how the spiritual reign of MYSTERY has affected civilization. In seeking redemption, we must place people before property.

On that particular day, I was late getting in for work, and had to stop at Staples. I assumed that I had lost track of the holiday schedule, because the parking lot was empty. I rushed through the aisles, and smiled self-deprecatingly at the cashier. “Your parking lot is almost empty! Is it a holiday today?” 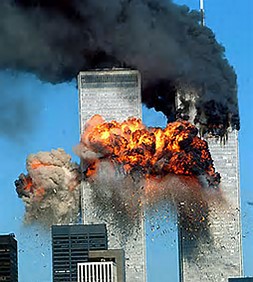 Her eyes didn’t quite focus as she glanced up from the register, and she had some trouble getting the words out. “They attacked the Twin Towers.”

Where many Christians hoped that the millennium heralded Christ’s return, instead the 21st century has been defined by 9/11.

American intervention in the Muslim world has led to the pouring out of blood and treasure by many nations. The destruction of the Gentile religions prophesied in Revelation 11 picks up speed as they pit their strength and authority against each other.

The consequences of the attack might surprise us, because the attack didn’t turn an entire city to rubble, as was true during World War II and is seen today in Aleppo and Mosul.

Nor was 9/11 the most potent assault that Usama bin Ladin and al Qaeda could have organized. A nuclear power plant or major dam might have produced greater carnage, as might poisoning of a reservoir. Not that the damage and loss of life wasn’t significant, but it could have been worse.

What, then, made the attack such an important event?

The targets – Congress, the Pentagon and the World Trade Center – were all creations of American culture, and reflect its ambitions and strengths. The United States uses three tools to bend other nations to its will: economic, military, and political might.

We take pride in the buildings that house our strength. Seeing them fall was guaranteed to hurt our pride, and so force us to make choices that we could not turn back from.

What ought to have given bin Ladin pause was that he was using the same tools to attack an adversary that was far more powerful than al Qaeda. 9/11 woke the sleeping giant, and America chose to fight.

It was only a matter of time before bin Ladin’s body was dumped into the Indian Ocean.

But maybe bin Ladin expected that. His goal was not only to intimidate America, but to inspire Muslim radicals.

Many of those radicals are uneducated by Western standards. They cannot trace the relationship between American culture and the injustice they suffer. bin Ladin, in his choice of targets, gave Islamic radicals a clear example of what kinds of targets they should choose to lessen America’s influence in the world. bin Ladin used an attack on three buildings to focus a clash between Christian and Muslim cultures.

In Revelation, John shows us how events on the earth reflect the choices made by the angels in heaven. With the trumpets, the pride of the elders caused suffering for the living creatures on the earth. 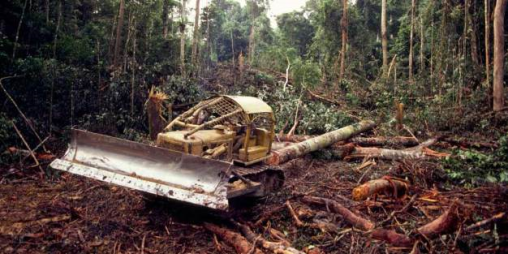 With the golden bowls, the anger of the dragon leads us to destroy the gifts that God laid in store for us to use in loving each other.

But how do we know whether what we do is right? Where bin Ladin saw symbols of corruption, Americans saw symbols of virtue. The twin towers were beautiful buildings, and showed how much wealth can be created when people are free to seek happiness. 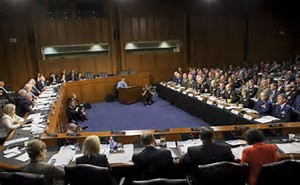 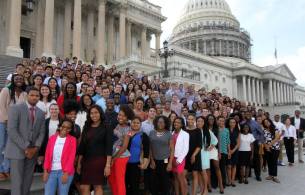 The Pentagon is part of a system that allows civilian government to prevent abuse of military power. In Congress, the voices of the people are brought together to create a fairer and more just society.

Should Americans not feel pride in our buildings?

As it is with nations, is it not also in our personal lives? Should we not feel pride in our beautiful homes, should we not seek ecstasy in the arms of our lover? For it is there that we can rest and heal from the wounds suffered at the hands of sinners. Does God truly wish to deny us those gifts?

The answer to this question is offered in Revelation 18, which describes how her men react to the fall of Babylon. Their reactions are a mirror to our souls.

First, let’s understand why John sees the culture of sexual immorality as “Babylon.”

After the Israelites were given the promised land, no king was needed, for the Most High raised up heroes when danger threatened. But the men of Israel did not have faith in the unseen. They wanted a king and army that would frighten their enemies into leaving them alone.

Through Samuel, the Most High argued against kings.

The qualities that make kings good leaders of armies make them terrible rulers. Aggression seeks a target, and when no foreign enemy is found, it loses its edge unless it turns against the people.

But the men of Israel turned away from God in favor of kings. They chose politics over faith. As did Joseph in Egypt, they bartered virtue for power. The results were tragic: the Holy Land was lost, and the elders of Zion were taken as captives to Babylon.

If Eve led Adam into sin in Eden, the roles are reversed in Babylon. Mordecai raises Esther and trains her in wiles to snare the heart of the Persian king. Nowhere in the book is God mentioned. 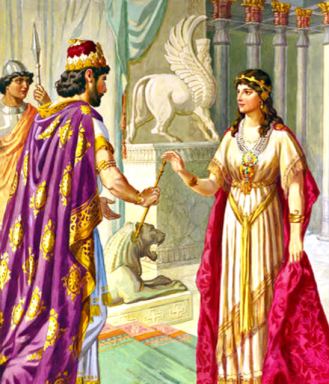 Esther gains the throne solely because of her beauty, and her people rise to political power with her.

John speaks of Babylon because it was there that the Jewish sisterhood followed their fathers in trading their virtue and faith for political power.

Revelation 18 begins with Christ’s cry of victory over this culture, and continues with the Most High’s plea for his people to abandon it. They say:

For all the nations have drunk
the maddening wine of her adulteries.
The kings of the earth committed adultery with her

In her heart she boasts,
‘I sit as a queen; I am not a widow,
And I will never mourn.’

This is the tragedy of the prostitute: to give her sex without the sanctification of a vulnerable heart, and therefore to prefer men that act like animals.

As for her men, they stand at a distance, all of them, and witness her destruction:

Therefore in one day her plagues will overtake her:
death, mourning and famine.
She will be consumed by fire,
For mighty is the Lord God who judges her.

But they lament only their sexual sport and riches. Kings, merchants and sea captains all cry:

But none lift so much as a finger in her aid. It is lost luxury that they lament, luxury that drove trade in the rare goods used by the rich to justify their superiority to the poor.

…cargoes of gold, silver, precious stones and pearls, fine linen, purple, silk and scarlet cloth, every sort of citron wood, and articles of every kind made of ivory, costly wood, bronze, iron and marble.

So here is the answer that we seek: we have fallen under the sway of Babylon when, facing the collapse of civilization, our concern is for the loss things rather than for the suffering of people.

For those that have followed this study, the folly of this is clear. Nothing lasts without love. 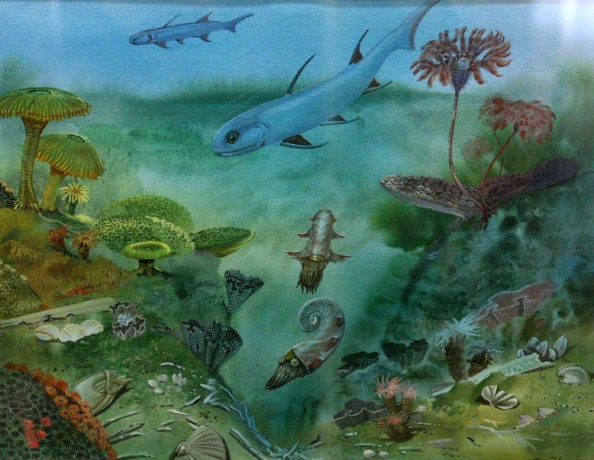 Not great species and ecologies, not kings and civilizations, nor any personal pleasure.

It is through our renewed commitment to love that Babylon is conquered. The light of truth dispels the darkness of her sins and lies, seen here – as in Revelation 14 – as “smoke that rises.”

The men of the sea, the most common among Babylon’s suitors, celebrate this by crying:

In one hour she has been brought to ruin!
Rejoice over her, O heaven!
Rejoice, saints and apostles and prophets!
God has judged her for the way she treated you.

But the greatest justice is not in vengeance against a woman that lured beastly men to destroy those that choose to love. The greater justice is in knowing that never again will virtue be chained to lust. The chapter ends with a list of things that will:

Not music, nor craftsmanship. Not foodstuff or comfort in the dark. And most importantly, never again the tender whispers of the newly wed. All will be done in love, for the purpose of celebrating our ability to love – the ability that was given to Adam and Eve in Eden.

In the chapters that follow, we will read that nothing done in violence will compare in power with the acts of the era to come, and nothing produced from lust will compare in beauty with the new creation. We will see that all the justifications we offer for valuing violence and lust are meaningless. Violence allows us to protect our luxuries, but those luxuries will be dross in the new creation. 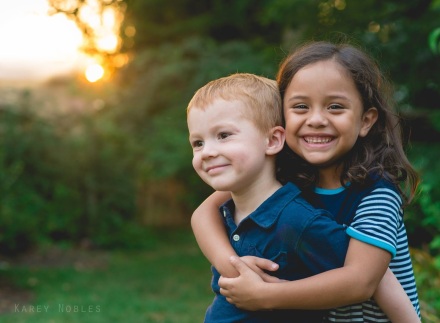 Lust guides us to pleasure, but those fleeting earthly moments will pale when every act is an act of joy.

The Book of Revelation tells the story of the struggle against sin many times. In each telling, we are first shown the spiritual struggle, and then shown how that affects life on earth.

Revelation 17 described MYSTERY, the feminine spirit that uses sex to sustain the culture of violence and privilege established by the dragon. Revelation 18 shows how that has affected life on earth.

The biggest effect has been to cause leaders to ignore the suffering of citizens. While we need buildings, transportation and communications infrastructure to improve life, those resources can be used for oppression. When we ignore the suffering of citizens while celebrating the greatness of our infrastructure, we should be concerned that we are under the influence of Babylon.

Revelation 18 ends with prophesy: the culture of sexual immorality will be dispelled by love and truth. We will still create beauty and joy, but it will all be done in the service of love.